“HOPE HAS TWO BEAUTIFUL DAUGHTERS - THEIR NAMES ARE ANGER AND COURAGE;

ANGER AT THE WAY THINGS ARE, AND COURAGE TO SEE THAT THEY DO NOT REMAIN  THE  WAY  THEY  ARE.”

ARTIST  STATEMENT
“In cities throughout China, countless buildings have been marked, in red, with the eight-stroke Chinese character 拆. Pronounced chai, means to destroy or takedown. The photographs in Two Beautiful Daughters are both a study of this merciless process and a meditation on the pain and anger of the millions of Chinese people it has displaced and dispossessed. The images are meant to reflect both the people’s powerlessness in the face of this government-enforced juggernaut and the characteristic combination of resignation, hope, and courage that allows them to persevere.”

Throughout my 17 years of living in Asia, I have known many people who have suffered the consequences of living in a society that is pursuing wealth at any cost. Ironically, that objective has led to these people’s impoverishment. My experience has compelled me to document the human and cultural fallout of China’s rapid economic development. I have spent 3 years photographing condemned neighborhoods and those still dwelling in them for the time being. In the process, I have felt their anger and helplessness. I hope my empathy comes through in the images - and that they also convey these people’s courage, hope’s other beautiful daughter. 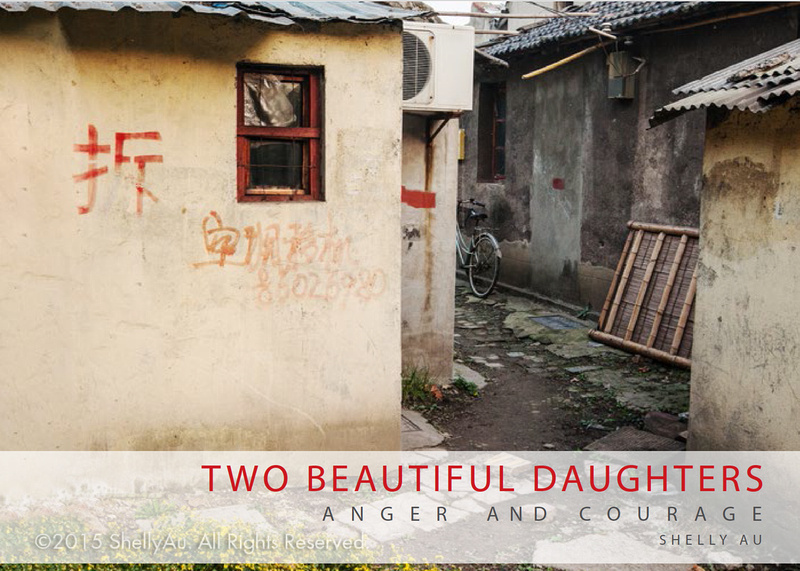 Two Beautiful Daughters was my Master's Thesis at the School of Visual Arts in New York City.

Past Viewings of this exhibit: